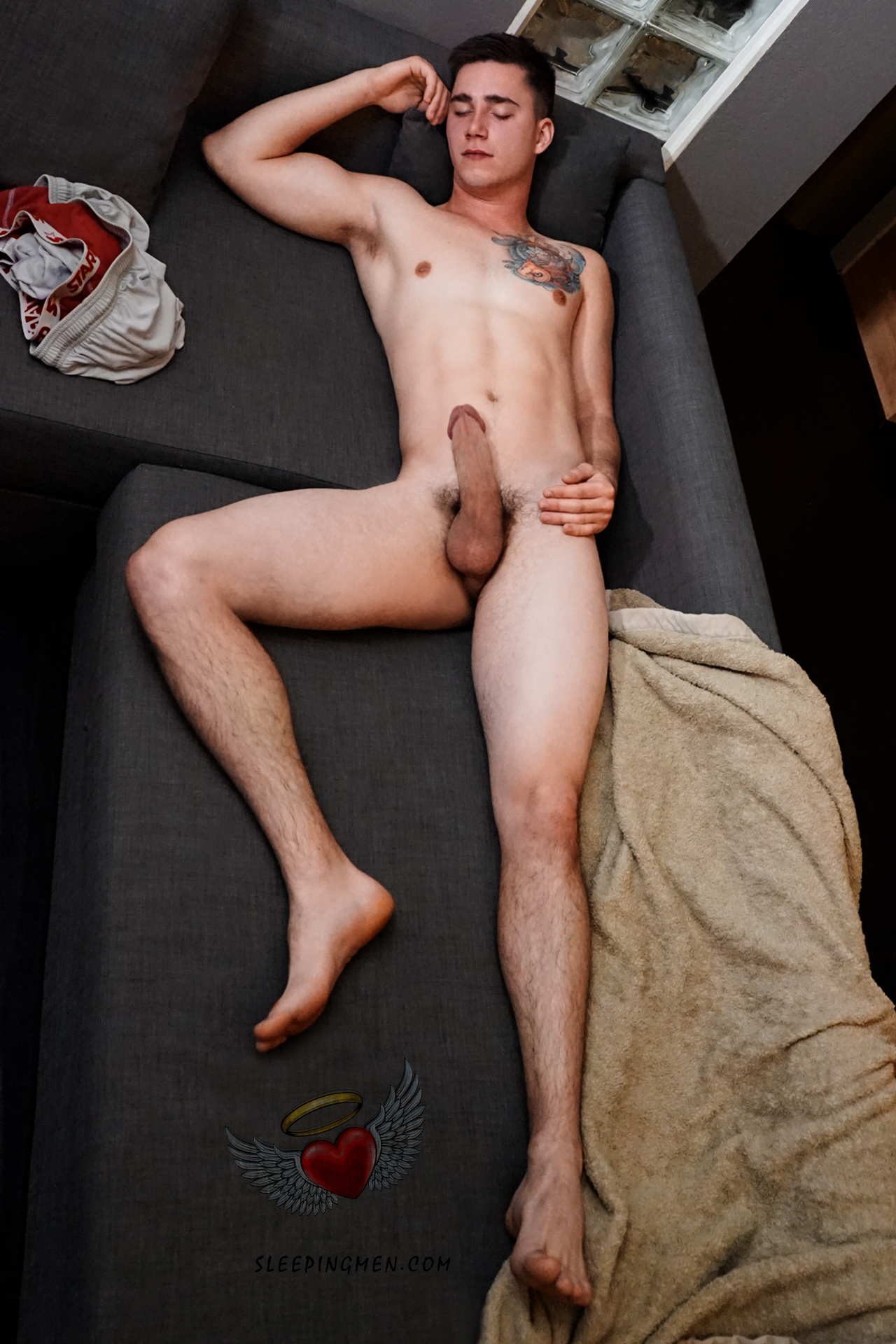 I was at the grocery store kind of minding my own business buying something really mundane like dish soap when I looked up and saw a familiar sexy smile. My heart skipped a beat and I felt a familiar stir in my pants. I couldn’t believe my eyes. It was Everett! He touched my shoulder in an innocent gesture of saying hello that made the hairs on my body stand at attention. He walked along with me to the checkout and when I thought we were going to part ways, he stayed by my side and walked all the way home with me.

He admitted that he didn’t have anything else to do that night so he came upstairs with me and I offered him a sandwich. He scarfed it down (poor thing was hungry) and then plopped down on the couch to watch some TV with me. It was getting late so I gave him a blanket and his eyes got heavy as he succumbed to the sleep he needed in my living room. As he slept there with his naked torso exposed, I couldn’t help but go for round two and take another feel.

This guy’s cock is so nice and thick and hard that I immediately popped my own boner. His breathing was getting harder as I reached under the blanket and pulled down his shorts. His cock was twitching as I grabbed the shaft and started rubbing it up and down. I needed to feel his toned and tatted chest and hairy pits as I gave a nice little tug to his balls. It was all I could do not to blow my own load all over this sleeping beauty!