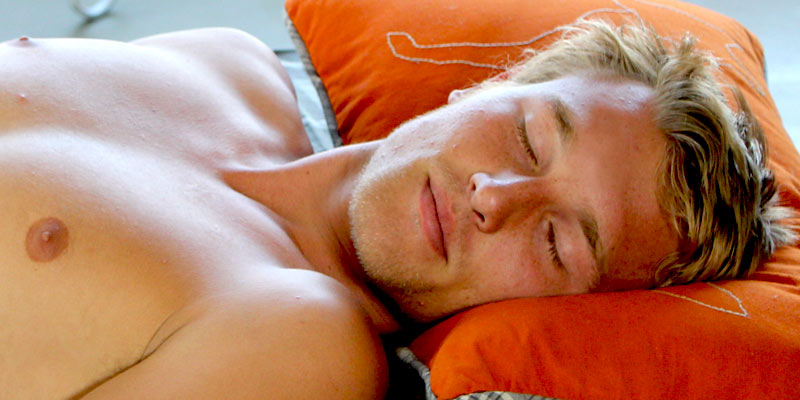 California surfer Preston had already been the subject of a previous sleeping seduction and I was definitely looking forward to a second chance to enjoy that buff surfer body and rock hard erection. Preston is trying to make it big in the local surfing circuits and that means lots of traveling and sponsoring. His travels brought him around town and he stopped by for a visit, an excellent chance to catch up on life in general, share some stories, drink some beers and extend a direct invitation for Preston to stay over for the night, which of course includes an indirect invitation to a sleeping seduction!

Hot blonde straight surfer Preston has fallen asleep a couple of hours ago before I begin this sleeping seduction, helped out by one of my good friends. He begins teasing his fuzzy armpit hair, an excellent way to test a subject’s sleep threshold. If he doesn’t wake up from that, it’s green light, baby, surf’s up! He fondles his chest and softly pinches his nipples, feeling them harden up under his fingertips. Although the sheets cover most of his body, his hard cock is already pitching a tent and he goes for it, rubbing and massaging it over the sheets before making his way underneath them.